The History of TIDE Academy 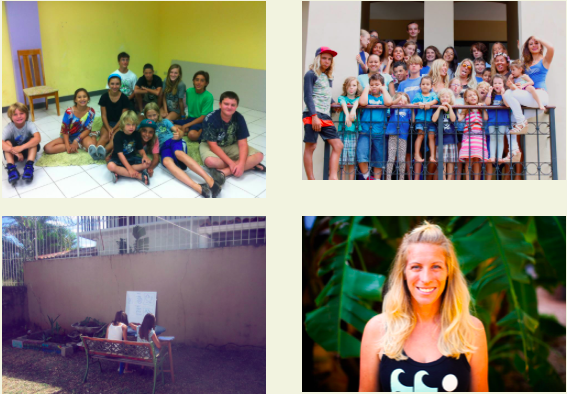 We are back! It has been a fantastic holiday and we are all excited to be back at TIDE Academy for another term.  Over the break I thought a lot about how TIDE Academy has become what it is today. It’s been quite a ride for the school. TIDE Academy has had several locations, many families and currently has 60 students who range from numerous countries. But it hasn’t always been the TIDE Academy we see today. How exactly has TIDE Academy evolved into the school it is today?

The Founder and Director of TIDE Academy is Chelsea Lisaius. Chelsea started the school in 2011 with only 3 students. This is truly a school that has been build from the ground up. Prior to starting the school, Chelsea was a teacher in the Tamarindo area and soon realized there was a need to accommodate children and parents with alternative lifestyles. She noticed that children from other schools were penalised for leaving school to compete in sports, travel with family and develop skills outside of school. Growing up as a competitive athlete and having a father who owned a traveling theatre company, Chelsea spent a lot of time outside of school as well. Chelsea knew that learning outside of the classroom was just as important as the learning that took place in the classroom.

Chelsea quickly realized there was a need to provide flexible and personized education for families who thought the same. Her school mission was formed, and TIDE Academy was ready to soar.

TIDE Academy started in Chelsea’s backyard with 3 students. Chelsea never believed in paying for advertising and always thought that word of mouth would draw in the right people from the community. By the end of the second year Chelsea was up to 12 students and decided to get a space for her school outside her home. Since then, TIDE Academy has gone from the Garden Plaza to the Tamarindo Business Center, where she stayed for three years, until finding the schools current location across from La Marimba.

TIDE community is pleased with the current location and continues to add new additions to the location such as: air-conditioned rooms, many new walls, library shelves, and an expanding playground (thanks to Moses). With future possibility of moving classes upstairs and the proximity to the beach, for Surf Academy, this makes our current location a favorite for parents, students and staff. Of course, a school is more than a building and TIDE Academy is rooted in remaining true to its vision and mission.

While growing and adapting TIDE over the past eight years there have also been many changes in Chelsea’s life as well. Along the way Chelsea has married Steven (Surf Academy Co-founder), started Circuito Guanacasteco de Surf, purchased a home in Playa Grande and became a mother to the 2037 TIDE graduate baby Coco  (Our cutest team member). Oh, and we can’t forget Moxie.

Moxie, Chelsea’s dog, has been along since the second year of the school and can be seen perusing the classrooms. Moxie enjoys belly rubs, napping and mostly… food: looking at food, smelling your food, stealing your food and finding your food. Some things never change, and Moxie is one of them.

This website is powered by Digital PTO - Free Websites for all Parent Teacher Groups including PTO, PTA and PTSA Groups.
Digital PTO is not responsible for the content on this website, each site is managed individually by our members.